Transferring data between applications is a significant element in today’s world. Applications today are written in different languages, so data exchange has grown to be a complicated process.

Therefore, web services are regarded as the standardized means to transfer information among client-server applications.

When considering Application Programming Interface (API) architectures, it is quite normal to compare SOAP vs REST API. REST and SOAP are completely different technologies and they cannot be compared at a low level.

The primary difference between SOAP and REST is that REST is an architectural style based and SOAP is protocol-based. The REST API can also use the SOAP protocol simply as it utilizes the HTTP protocol.

But your chosen API format comes down to the complexity of the data and information that you need to send and retrieve.

Other things that decide are the security and speed, with which that data needs to be transferred to the user.

Now in this article, we will discuss the differences and similarities of a SOAP vs REST API, so that you can decide which is the most suitable fit for your requirements.

SOAP has its protocol and has complicated defining standards if compared to REST. It is designed to promote expansion, therefore it has all kinds of other abbreviations and acronyms connected with it, such as WS-Security, WS-Addressing, WS-Federation, WS-Policy, WS-Coordination, WS-Reliable Messaging, WS-Remote Portlets, etc.

SOAP is extremely extensible; however, you simply use the portions you require for any particular task.

For example, when utilizing a public web service that’s easily available to everyone, you certainly do not have much requirement for WS-Security.

SOAP offers the following benefits when compared to REST:

Also, Read – How to Use Singleton Design Pattern in Java

When to Use SOAP API?

Challenges with the SOAP API:

This is one of the major challenges of the SOAP API, WSDL document itself. WSDL document is what informs the client of all the operations that can be executed by the web service, and information such as the data types being used in the SOAP messages.

Now, assume if the WSDL file were to change as per the business needs.

This would imply that all the customers who are currently connecting to this web service would then need to make this corresponding modification in their code to accommodate the difference in the WSDL file.

This is the biggest challenge of the WSDL file which is the strong contract between the server and the client, and that one change could make a huge impact, on the whole.

Another key challenge is the size of the SOAP messages which get transported from the customer to the server. Because of the large messages, utilizing SOAP in places where bandwidth is a limitation can be a huge issue.

REST stands for Representational State Transfer. It is a “web services” API based on HTTP protocol, URI’s (Uniform Resource Identifier), and JSON data format that is compatible with all browsers.

It additionally fixes problems with SOAP and gives a more simplistic way of accessing web services.

Unlike SOAP, REST does not use XML to respond. Get the REST-based web services that you need to output the data in Really Simple Syndication (RSS), JavaScript Object Notation (JSON), and Command Separated Value (CSV).

REST gives a lighter-weight alternative. This shows that you can get the output that you require, in a way that’s simple to parse within the language that you are employing for your application.

REST is more comfortable to use and is more flexible. It has the following advantages over SOAP:

When to Use REST API?

Challenges with the REST API:

REST does not impose any kind of security like SOAP. And this is the reason why REST is very suitable to use for public available URLs.

However, REST turns out to be the worst mechanism to be utilized for web services, when it comes to confidential data being transferred between the client and the server.

Most web applications need a stateful mechanism. For example, if you owned a purchasing site that had the mechanism of having a shopping cart, it is required to understand the number of items in the shopping cart before the actual purchase.

Sadly, the trouble of maintaining this state lies with the customer, which simply makes the customer application more complicated to maintain.

Each technique has its benefits and drawbacks. Therefore, it’s always beneficial to understand in which circumstances each design should be utilized.

REST works through a solitary, uniform interface to obtain named resources. It is generally used when you’re exposing a public API across the Internet.

On the other hand, SOAP reveals elements of application logic as services instead of data. REST accesses data while SOAP conducts operations through a more standardized set of messaging patterns.

Now let us compare SOAP vs REST API based on some parameters:

REST APIs utilize multiple standards like JSON, HTTP, URL, and XML for data transfer and communication. SOAP APIs use only XML and HTTP.

Because REST API uses and deploys multiple standards, so it takes less bandwidth and resources as compared to SOAP API.

On the other hand, SOAP API needs more bandwidth and resources as it needs to transform the data in XML which results in increased payload and ends up in a large-sized file.

SOAP has WS-security and SSL (Secure Socket Layer) due to which in the events like Card Number, Bank Account Password, etc. SOAP is preferred over REST. On other hand, REST has HTTPS and SSL for security.

Similarities Between SOAP and REST API

REST and SOAP share similarities over the HTTP protocol. Both REST and SOAP rely on well-established rules that everyone has accepted to abide by in the interest of exchanging data and information.

SOAP has a more rigid set of messaging patterns than REST. The rules in SOAP are significant because you cannot achieve any level of standardization without them.

On the other hand, REST is an architectural style that does not need processing and is generally more flexible.

Final Thoughts – Which API Should You Choose for your Project?

When it comes to APIs for web services, developers usually move towards a REST architecture unless the SOAP path is a more suitable option, like for a business app that’s supported by more resources, requires super-tight security, and has more requirements.

Further benefits of choosing the REST API are:

However, there are cases when SOAP API might be your primary choice, including:

Whether you choose between REST or SOAP for your web service, you need to make sure you fully test your APIs.

API has a complete set of performance, functional, virtualization, and security tools for your API testing requirements.

The most significant part of creating a good API is building it utilizing the most reliable practices to make it simple to use with a great experience for clients.

A well-designed API can considerably improve your delivery speed and is future-proof your technology stack.

Is REST easier than SOAP?

When you don’t need to properly map a group of items to the client, REST is always preferable over SOAP. The transmission of object data requires a lot of bandwidth, which can be constrained in areas where connectivity is expensive. One of the use-cases where SOAP should be avoided at all costs is an API that is primarily accessed by mobile applications.

What is a REST API vs API?

REST is an architectural style for networked applications on the web. API is a set of methods and processes that allow one program to access the features of another application. Client-server programs are the only ones that can use it. REST is a collection of recommendations or criteria for creating a web API.

Is SOAP more secure than REST?

SOAP is more secure than REST since it uses WS-Security and Secure Socket Layer for transfer.

Can SOAP and REST be used together?

If you’re careful with XML namespaces for JAXB, you can blend SOAP and REST in the same application. However, avoid it using together because changing it puts the stability of the other in danger.

Can SOAP use JSON?

SOAP stands for “Simple Object Access Protocol,” which is a set of rules. JSON is a type of object. SOAP can communicate with JSON, but the opposite is not possible. SOAP uses the XML format, whereas JSON employs the key-value pair.

What is the difference between REST vs SOAP API?

Many systems may still use SOAP, but REST was developed later and is frequently seen as a speedier option in web-based settings. REST is a set of standards that can be implemented in a variety of ways, whereas SOAP is a protocol that has certain constraints, such as messaging. 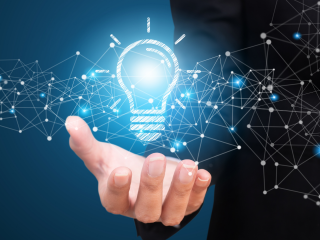 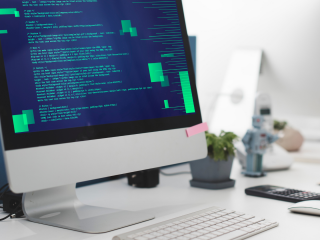 Next Post (n) Math Random Method in Java With Examples