Singleton design pattern in Java is a creational design pattern that assures that simply one object of its kind exists and gives a single point of access to it for any additional code.

It is a combination of rules and programs and has similar benefits and drawbacks as global variables.

Java utilizes design patterns as solutions for most commonly and frequently occurred problems when designing software. Singleton Pattern is one such design pattern used by Java.

It is very useful yet disrupts the modularity of the code. You can utilize this model framework to restrict the number of instances of a class that can be built in the JVM (Java Virtual Machine).

Using this model, it can be assured that there exists only a single class instance.

After looking at the description you will see that it has a pretty simple design pattern but when it comes to implementation, it has a lot of implementation concerns.

Furthermore, the implementation of the Singleton pattern in Java has always been a debatable subject amongst developers.

Now, we will discuss Singleton Design Pattern in Java with all scenarios, different approaches for implementing Singleton design patterns, and some of the most reliable practices for its usage along with some related concepts.

Sometimes, there is a need for classes to own exactly one instance.

There are several circumstances when we want only one instance of the object and instantiating more than one instance, will make you run through all kinds of problems like overuse of resources, wrong program behavior, or inconsistent results.

Singleton Pattern states that simply “define a class that owns only one instance with a global point of access to it”. In other words, a class ensures only a single instance and single object can be utilized by all other classes.

You can’t simply utilize a class that depends on Singleton in some other connection. You will have to move the singleton class as well. Many times, this limitation occurs throughout the generation of unit tests.

One of the main objectives that a singleton class has is to reduce the number of entities that would be produced to only one. This ensures that access to components, such as a database connection or socket, is managed.

There is no memory space loss while using a singleton class as it limits instance creation. This object would be generated once rather than whenever the latest proposal is submitted.

This single object can be utilized multiple times depending on the needs. This is the reason why the Singleton design in Java is generally used in multi-threaded and database operations for debugging, cache, security configurations, and thread pools.

If you need to style a singleton class, you need the following:

Singleton design pattern Java restricts a class to create multiple objects so you can build only one instance of the singleton class. Singleton classes are utilized for caching, logging, database connections, and thread pool, etc. There are many ways to build a singleton but it has some basic steps:

Utilize this method simply when the Singleton class is utilized during the execution of the program.

Here in this method, we declare getInstance() as static so that it can be called without instantiating the class.

When the getInstance() method is called for the first time, it creates a new Singleton object and later it only returns the same object reference. The primary problem with this method is that it is not thread-safe.

This method is a sub-part of Eager initialization. The only distinction is that an object is built in a static block so that we can have access to its creation, such as exception handling. The object is built at the time of class loading.

A more convenient way to create a thread-safe singleton class is to build the global access method synchronized to make one thread execute this method at a time. The general implementation of this strategy is like this:

Reflection can be utilized to annihilate all the above singleton implementation strategies.

A singleton class differs from other classes when it comes to the method of instantiating the class’s entity. Java constructors build a standard class.

Furthermore, if you want to initialize a class object of singleton type, you should utilize the getInstance() function. A general class disappears into the terminal of an application’s lifecycle whereas a singleton class does not.

Here we have learned all regarding Singleton Design Pattern in Java with different scenarios. We have noticed that a Singleton class has simply one item in it.

You can build a Singleton utilizing private constructors and the getInstance constructor function.

We hope that now you are clear with how to create a singleton design pattern Java utilizing eager and lazy loading techniques along with other techniques.

You will also learn here the differences between a normal class and a singleton class. Happy coding!

What is a singleton design pattern?

Where is the singleton pattern used?

When a class in the software has only one instance available to all customers, we use the Singleton pattern.

Can we serialize the singleton class in Java?

Singleton properties in the classes can also be broken by serialization. Serialization is a technique for converting a byte stream object into a file or sending it over the network. Assume you’re serializing a singleton class object. When you de-serialize that object, it creates a new instance, which violates the singleton pattern.

What are the advantages of the singleton class in Java?

Other objects cannot create their own copies of the Singleton object, ensuring that all objects have access to the same instance.

What is the disadvantage of the Singleton pattern in Java?

Since an object must be serialized to access the singleton in a multi-threaded system, this approach lowers the possibilities for parallelism within a program. 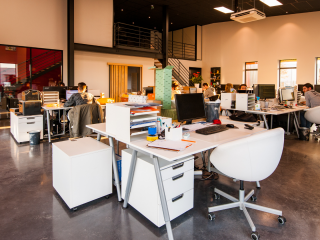 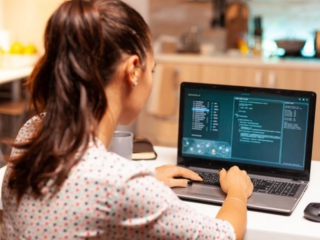