Do quantum computers exist? The answer to this question is a big “yes” because technology and quantum science have taken huge developments worldwide over the last few decades, which resulted in starting the second quantum revolution which was indeed a long-awaited milestone in quantum computing.

Classical and Quantum computers both serve to resolve problems, however, the way they manage data to obtain answers is significantly different.

Let us break down the two concepts to get a clearer understanding of what these computers are capable of.

Now, what is quantum computing? Classical computers usually include laptops and smartphones, they encode information and data in binary “bits” that can either be 1s or 0s.

On the other hand, Quantum computers are machines that utilize the characteristics and properties of quantum physics to save data and perform calculations.

The basic unit of memory in a quantum computer is a quantum bit or qubit.

Qubits are made with the use of physical systems, such as the orientation of a photon or the rotation of an electron.

These systems can exist in several different arrangements at once, a feature called quantum superposition. Qubits can furthermore be completely joined together applying an event described quantum entanglement.

This results in a series of qubits that can represent different things simultaneously.

Remember that these computers can be remarkably beneficial for specific tasks where they could greatly outperform even our best supercomputers.

Unlike traditional computing which has standardized languages such as Python, SQL, Java, etc, this quantum computing does not possess its programming code and needs the development and implementation of highly specific algorithms.

Quantum computers are not meant for extensive, daily use, unlike personal computers.

These supercomputers are so complicated that they can simply be used in the scientific, corporate, and technological fields.

These quantum computers are highly sensitive and need to guard qubits against external invasion, electromagnetic fields, heat with air molecules, either by zapping them with controlled pulsations of energy or by physically isolating them.

Otherwise, this can cause a qubit to drop its quantum properties and cause an error.

Still, there are some situations today during which these classical computers will outperform quantum computers.

Hence the computers of the future may be a combination of both of these quantum and traditional computers.

What is Quantum Computing?

This part explains everything about what is quantum computing and how it is unique and different by introducing two laws of quantum mechanics essential for their operation, entanglement, and superposition.

This field of computer science relies on the above-mentioned principles and utilizes a separate computation approach from the regular one.

It is capable of storing several states per unit of data and information plus operates with much more effective algorithms at the numerical level.

Quantum computers process data and information in a quite different way than traditional computers.

The latest generation of supercomputers utilizes knowledge and principles of quantum mechanics, the field of science that analyses subatomic and atomic particles to surmount the constraints of traditional computing.

Researchers predicted that quantum computers could tackle several types of problems, particularly those that involve a formidable number of variables and possible outcomes, such as optimization or simulation questions, which are managed extremely faster than any conventional computer.

Hence, quantum computers could dramatically change the way we approach real-world problems such as drug discovery, logistics, financial portfolio management, and much more.

How Does a Quantum Computer Work?

This remains a big question that how does a quantum computer work, however, the science behind is exciting as it represents various advanced fields getting together.

Given the potential computational ability of quantum computers, you may expect them to be huge. They are about the size of a household fridge, accompanied by a wardrobe-sized box of control electronics.

Quantum data processing is normally defined as providing a speedup for classical computing. The benefits of quantum computing arise from its capacity to perform just specific tasks faster.

It works by performing them in a completely new way, which can sometimes become confusing too.

Quantum computers perform computations based on the possibility of an object’s state before it is estimated – rather than just 0s or 1s, which indicates they have the potential to process exponentially more data than these classical computers.

Instead of bits used in a classical computer, quantum computers utilize qubits. Instead of being on or off, qubits remain in ‘superposition’ i.e. where either both are on and off at the same time, or someplace on a spectrum between the two.

So, superposition is similar to a spinning coin, and it is one of those things that makes quantum computers extremely powerful. A qubit enables uncertainty.

Why Quantum Computers are Faster?

Quantum computing technology is improving day by day. A quantum computer isn’t faster by itself, instead, it has a different model of computation.

Under this model, there are algorithms for some specific problems, which are asymptotically faster than the quickest possible classical algorithms.

And the code required in this technology is quite different than what is used by conventional computers.

Also, Read – 6 Expert Tips to Take Your SEO Content Writing to Next Level

Till now, we have all were depending on supercomputers to resolve most of our problems.

These are extremely large standard computers, usually with thousands of official CPU and GPU cores.

But, supercomputers are not very beneficial at resolving specific kinds of problems, which appear simple in the beginning. Now we got our answers to what is quantum computing.

Quantum computers do have the potential to transform computation by performing specific types of classically unmanageable problems.

Also, you need to know that quantum computing is still getting more refined to carry out more complex computations.

Furthermore, quantum simulators are also considering measures to improve in areas ranging from molecular energetics to many-body physics, a big progress is yet to come, and is under process. 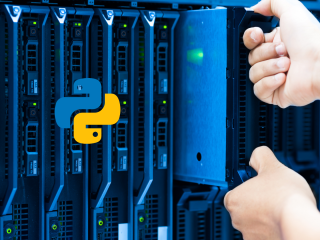 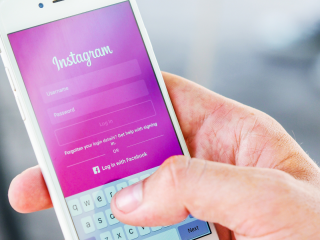