It doesn’t matter whether you are an IT manager or a developer, you must always remain up-to-date with the latest news and trends regarding your core technology.

The ability to constantly learn and adapt to the ever-changing environment is an essential characteristic of every top developer. React component library is one of them in ReactJS.

As we all understand that JavaScript is considered the king of front-end web development. And to get an additional grip over the UI designing and functionalities, JavaScript frameworks are introduced.

React is also one of them and is widely used all over the domains. It is a JavaScript framework that is mainly used for designing front-end applications and mobile app development.

React has a lot of high-performance component libraries. These libraries will not just simplify the UI development of the app for developers but they are also extremely versatile and modular.

You can understand this when you will start working with them.

You should be careful while choosing the best React component library that fits your use case and should always choose the better-performing ones which are up-to-date.

Defined below are some of the best and powerful React Component Library that will make development work easier and productive in 2021:

React Bootstrap is a popular CSS, JavaScript, and HTML library that comprises UI creation elements for both web and mobile applications.

It is defined as a set of react components implemented in Bootstrap Framework. It supports a large number of bootstrap themes and is the world’s most popular front-end component library, with several starter kits, resources available for use.

It provides full compatibility with tons of Bootstrap themes and a large list of components.

React Bootstrap stands as a more stable solution for development because of its Bootstrap features incorporated into its virtual DOM.

Also, Read – Introduction to React Router and Its Routing Installation

React Toolbox is a design-based library that includes a set of React components that fulfill the requirements of Google Material Design.

The load-in playground is considered as one of the best features of React Toolbox, it helps you explore capabilities and features right there, without any need for an additional setup.

React Toolbox is based on some of the most common programs, like Web pack, CSS Modules, and ES6.

React Toolbox fits with the workflow of your Web pack as it is completely configurable and very versatile.

The Blueprint UI React component library framework is a UI toolkit based on React that is designed for desktop applications to build a complex data-dense interface.

This library intends to give usability standards with out-of-the-box components and also provides you access to dark and light theme modes.

Blueprint UI is a toolkit based on React, it is designed for desktop applications to build a complex data-rich interface.

You can consider using Blueprint if you have to create a large application and need data flexibility.

You can also choose a bit of code for creating and displaying icons, interacting with times and dates, selecting time zones, and more.

React Virtualized is another famous unique React component library that focuses on specific aspects of any UI.

These components help web developers to render large quantities of data. This library comes with HOC components such as MultiGrid, AutoSizer, etc., and enhances the performance as it limits the number of calls to render.

React Virtualized has quite a few dependencies and supports all standard browsers, like the modern mobile browsers for Android and iOS. React Virtualized library also helps you in creating a frontend that’s data-heavy.

Material UI is one of the most widespread react components used for simpler and faster web development. You can instantly and simply build your design system, or begin with Material Design.

The main feature of this component library is highly customizable components that are available for developers.

This library incorporates ready-to-use components that can be plugged into different applications without giving any trouble to app developers.

Material UI also offers a convenient set of tools and APIs to improve the creation of your apps. It gives a light, simple, and user-friendly design and layout to build beautiful applications.

Ant Design is another most popular react component, a designed system for enterprise-level products. You can build an effective and fun work experience.

Ant-design components provide a well-planned-out list of over 60 customizable components for programmers covering categories such as layout, navigation, data entry, and more to build a beautifully crafted application.

These components additionally offer a web-friendly version of Ant Design that presents a mobile app for React developers.

You can also get lots of useful tools, like guides, helpful design tips, clear icons, and sketch plugins on the Ant Design website.

The components of this library are built on top of a React UI Primitive for extensive composability and flexibility. Because of its easy and intuitive design features, it is considered the primary option for several newcomers.

With its theme provider component, the current version of Evergreen provides developers numerous theme options, however, a much more effective and optimized API is expected in the v6 version.

Evergreen UI has a lot of components ranging from various styles of layout primitives, colors, typography, icons, and additional commonly used elements, it has it all.

Also, Read – How to Accelerate Your Custom Software Development Project

This article covers a wide variety of React component libraries that shine in features that include design frameworks, several UI components, animations, utilities, and UI layouts.

Your very initial step to take before picking any React component library should be to discover and understand your project requirement.

You should consider all these libraries before starting any new react project or jumping into the development phase because they can make a significant difference in your workflow and can save you a ton of time during development. 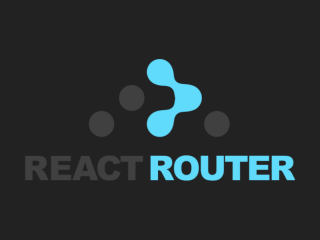 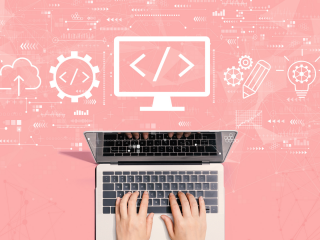