NativeScript is a popular open-source framework for developing native apps with JavaScript, Typescript, and Angular.

It is one of the most widely-used and well-known frameworks for front-end, cross-platform development.

This NativeScript app development framework was released by the Progress Software Corporation in the year 2014.

NativeScript is giving strong competition to the other frameworks like React Native, Flutter, and Ionic.

NativeScript is popular among developers and enterprises because of its reusability of code, its effectiveness of XML for platform-independent UIs, Angular and Vue.js integration, and native performance.

Today the latest version of the NativeScript framework is available which highlights more streamlining of the core of this framework so that this can serve as good support for future enhancements.

Version 8.0 of NativeScript, a framework for producing native mobile apps with the help of JavaScript.

NativeScript 8.0 shows that it is the ultimate solid foundation for growth and new JavaScript developments with improved community engagement by recognizing some of the oldest demanded features.

There are Several Items in this New Release:

A summary of all the new things in the NativeScript 8.0 release

The following new features can be observed in NativeScript 8.0 release:

The above config handles all the supported frameworks and their particular webpack requirements (loaders, plugins, etc.) while sharing a common base config that streamlines features across all flavors.

Box Shadows have been a highly requested feature in NativeScript. You can now use CSS box-shadow – the value support is CSS-Spec compliant- you can use any of the short-hand variants.

A new layout container that extends from GridLayout allows new APIs for powerful and enjoyable dynamic view layering and creation.

This package adds some deep interactive debugging tools to your iOS app. You can enable it with the following:

This provides the following:

8) Important note about BottomNavigation and Tabs

With 8.0, BottomNavigation and Tabs UI components are now provided by the community where they can get more focused attention not bound or held up by NativeScript core updates.

<Tabs> is now available through @nativescript-community/ui-material-tabs

Now as you are aware of the new features in the NativeScript 8.0 Release.

Therefore, it is clear that NativeScript is a solid choice for developing mobile apps and it also helps you to utilize all the skills that you already have as a web developer.

We hope that this article provided you with the essential information regarding all the new things this new release has for you and to help you choose whether NativeScript is the best choice for you. 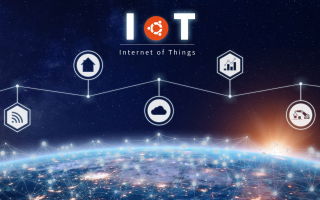